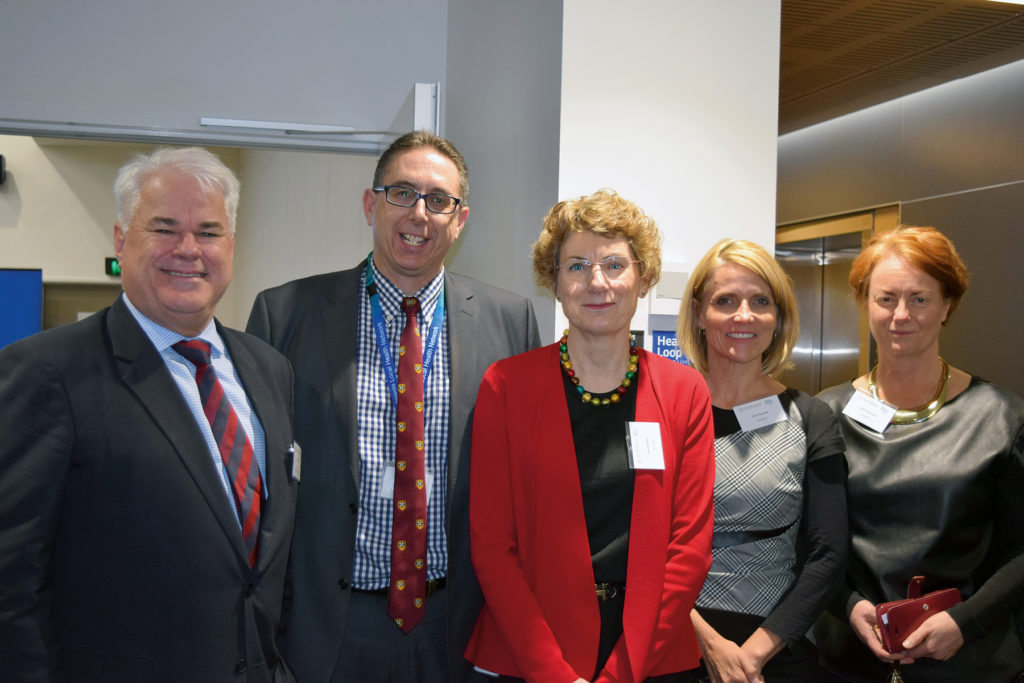 The RAH Research Fund is pleased to announce its official Charity Partnership with the Law Society of South Australia for the next three years.

A special member networking event was held on Thursday, 5 July on Level 8, at the Royal Adelaide Hospital to launch the partnership.

Members heard from the Law Society’s President, Tim Mellor, and CEO of the Central Adelaide Local Health Network, Jenny Richter about the important work of the RAH Research Fund.

Mr Mellor said the Law Society was proud to launch its charity partnership with the RAH Research Fund.

“We are committed to raising the profile of the Fund and assist in its work to raise funds to support the vital work into cancer research and enhanced patient care at the RAH.” Tim Mellor, Law Society’s President

Guests were given a behind the scenes tour of the hospital, featuring the Automated Guided Vehicles (AGV’s or Rahbots) on Level 1, which made for a popular talking point.

CALHN Chief Executive Officer, Jenny Richter, welcomed the guests and spoke of the remarkable fundraising efforts that the Research Fund had provided the Hospital over the past 35 years.

Chief Executive of the Law Society, Stephen Hodder, commented, “I encourage members and the wider community to support its tremendous work by contributing to the RAH Research Fund”.

The RAH Research Fund looks forward to a positive charity partnership with the Law Society and encourages its members to support the work of the Fund through either making donation, purchasing a Scrubs bear, hosting a fundraising casual day in their workplace, or hosting a fundraising event with all proceeds going toward medical research. 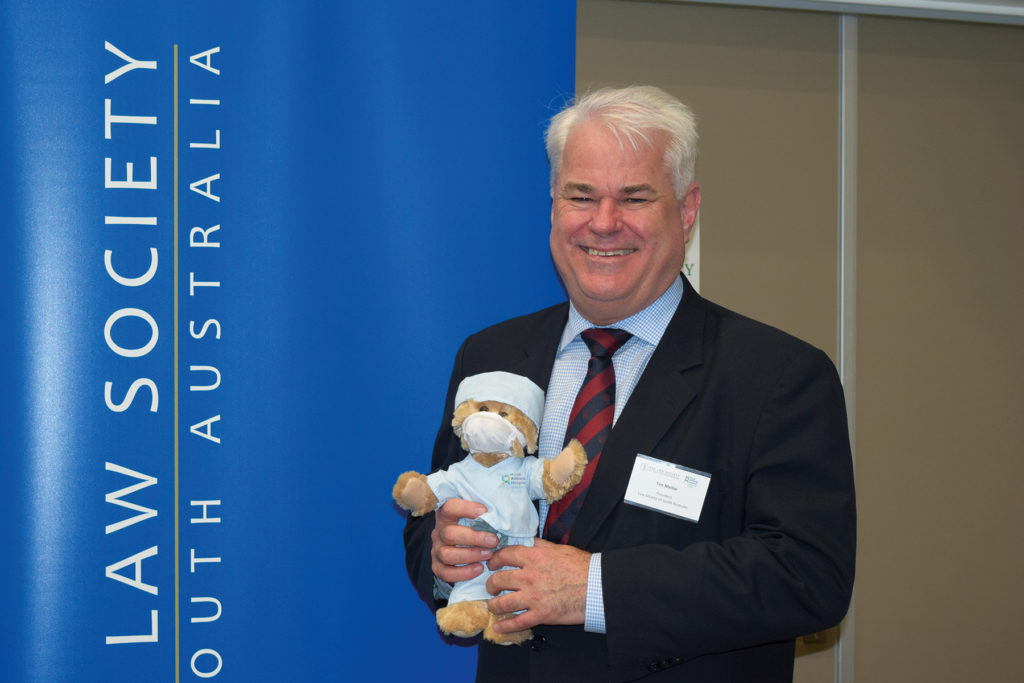 Mr Tim Mellor (President of the Law Society of SA) with Scrubs the Bear.