E-cigarettes, or vaping, is one of the fastest growing pastimes in Australia.

It has the potential to be one of the deadliest.

We must protect the future health of our state, and especially the health of young people.
____________ 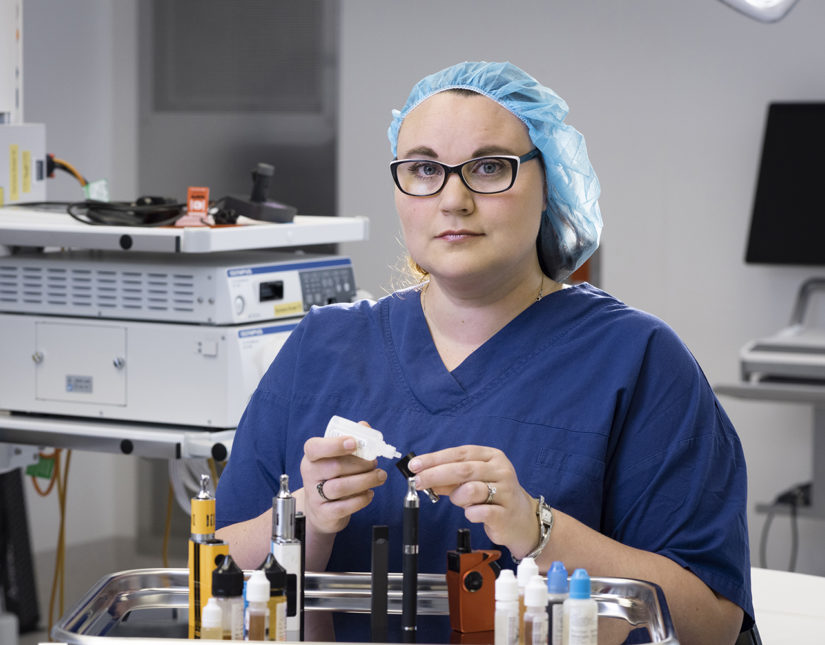 Dr Miranda Ween, Senior Postdoctoral Researcher in the Department of Thoracic Medicine at the Royal Adelaide Hospital (RAH), knows the facts only too well.

Dr Ween and her team at the RAH Lung Research Laboratory were the first in the world to begin a study of E-cigarettes and flavoured E-liquids, assessing the immune response in cells from the lungs.

Alarmingly, every E-liquid tested caused some level of lung cell damage. Some were at low levels that the body could likely repair itself, but some, when combined with a particular E-cigarette device, were as toxic as tobacco smoke, which we know can cause permanent lung disease.

We need your help to keep this project running and find the answers we need to save lives.

This highly dangerous outcome was revealed after the devastating outbreak of a new condition in the United States named EVALI – E-cigarette or Vaping product use Associated Lung Injury. The outbreak was linked back to the presence of Vitamin E acetate in an E-liquid.

Vitamin E acetate is safe when used topically or ingested, but when heated, vaporised, and inhaled into the lungs, could kill. The lungs of EVALI victims were severely damaged and looked like they had experienced chemical burns.

Dr Ween’s ground-breaking research project has just begun to provide the evidence we need. We must develop stringent regulations and strong health promotion messages around the risks of vaping, before it’s too late.

We must protect the future health of our state, and especially the health of young people. Will you please help?