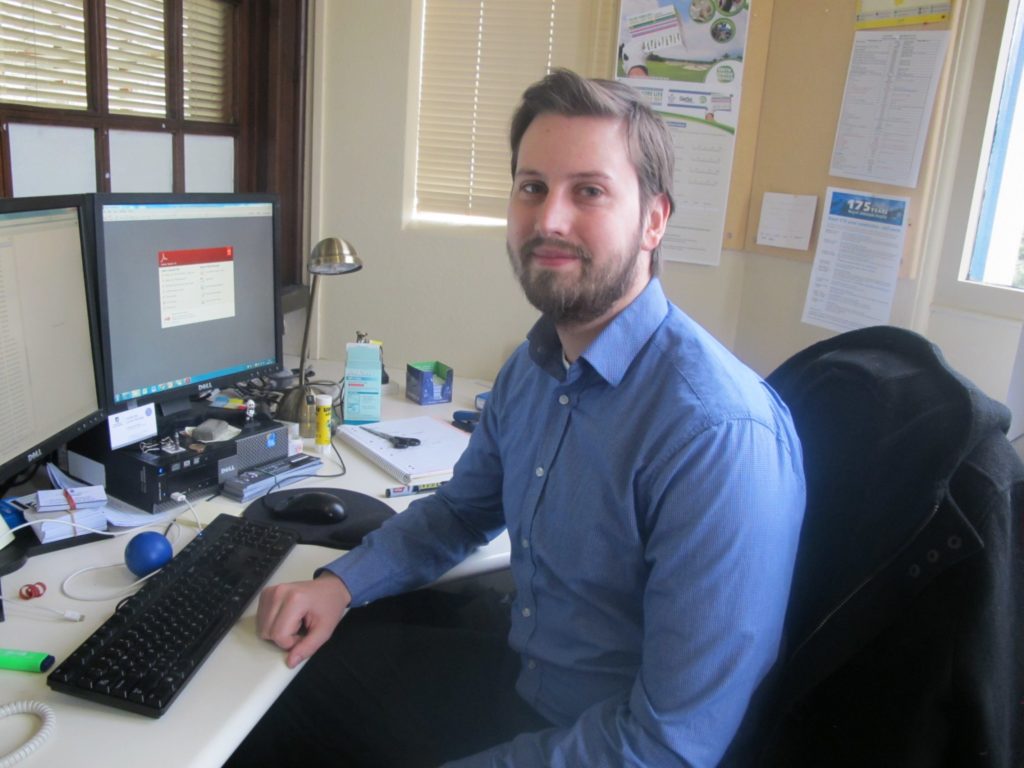 Matt Jackson from the RAH Research Fund was a carefree 19-year-old on the brink of beginning his adult life, when he was diagnosed with Acute Myeloid Leukaemia.

“For a few weeks in early 2008 I thought I had just caught a bad cold. I knew things were probably getting a bit strange when I couldn’t make it through a shift without needing to go out the back and have a lay down on the only surface that wasn’t the floor,” Matt recounts.

“But I always had the attitude of ‘just work through it, you’ll be right’.”

Pushed by his friends who were growing sick of his complaining, Matt gave in and saw a doctor who prescribed antibiotics for a bad case of tonsillitis.

“I’d never go to the doctors, not unless I wanted a day off school and needed to fake a headache to stay home and watch Jerry Springer,” Matt said.

Running his course of antibiotics and still feeling no better Matt returned to the doctor who took a blood test to determine what was going on.

It was later that night, when out with friends, Matt received a rare phone call from his dad and instantly knew something was wrong.

“I have a brother with Down Syndrome, who also suffers from a plethora of health issues; I immediately thought something had happened to him,” Matt said.

“I answered my phone and my dad said ‘you have to come home. The doctors called and they think they have found leukaemia cells in your blood test’.

“This broke me. There was one thing I knew about leukaemia and only one. I couldn’t even spell the word but I knew that you could die from it.”

Immediately Matt began three rounds of chemotherapy lasting for 28 days and all resulting in the loss of his shoulder length hair style.

“My mum hated me having such long hair, so that took care of that, but it probably wasn’t quite the way she wanted it to happen.

“It was a tough time, having tonnes of medication every day, and having needles every four hours for observations, but I got through.”

Months later, happy to be over the three treatment hurdle, Matt sat down with his haematologist who regrettably informed his chance of relapsing was likely.

The only solution was a bone marrow transplant, and after exhausting his family with no luck of a match, Matt was fortunate to discover he was compatible with a European female listed on the worldwide registry.

A number of weeks of chemotherapy, radiotherapy and numerous check-ups followed until he received the all clear to return home.

“Things went smoothly for a while; I stayed on my medication and kept myself indoors and safe from the elements while I recovered. It wasn’t until a few months down the track when things started to go wrong.”

Matt had Graft-versus-host disease (GVHD), a complication that can occur after a bone marrow transplant where the newly transplanted cells attack the recipient’s body.

The repercussions of GVHD left Matt with lasting problems with his liver and eyes, which he says are “continuing issues now but are certainly the lesser of two evils of what my outcome could have been.”

Now 27 years old Matt has just recently celebrated the seven year anniversary of his transplant, and through the RAH Research Fund plays a vital role in raising money for medical research.

“It may sound strange to hear, but in a way I see what I went through as a blessing more than a curse.”

“It’s helped me to spread the message about what research has done, and continues to do, and the importance of maintaining that research.

“I am living proof of what the continued success of cancer research is capable of, which is potentially, saving lives.”