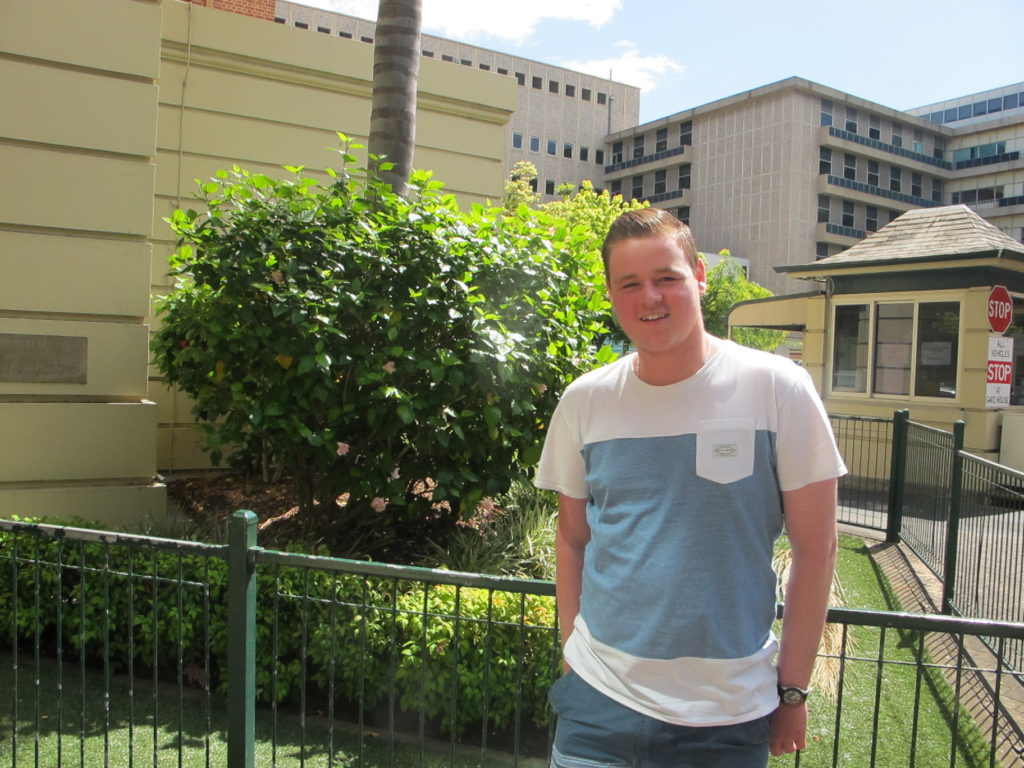 Michael Jordan was 16 years old living life to the fullest when he was diagnosed with Acute Lymphoblastic Leukaemia (ALL). His life was turned upside down.

It was Christmas Day 2014 when Michael awoke to a pain in the left side of his neck. Thinking little of it he continued to make the most of his school holidays and went away to Normanville.

A week into his stay, the neck pain became unbearable and his leg glands flared up to the point he couldn’t walk. Opting to cut his trip short, Michael’s mum rushed him to the doctor hoping to treat what appeared to be a bad viral infection.

“Blood test after blood test followed and all it pointed to was Glandular Fever,” Michael said.

“One night I was feeling off, I didn’t eat my dinner – when I am not eating there is definitely something wrong with me!”

Refusing to let his mum take him to hospital, Michael only conceded when he began vomiting.

“I put up a huge fight, there was no way I was going to spend the rest of my school holidays in hospital!”

On 7 January 2015 at two o’clock in the morning, Michael was diagnosed with Leukaemia and after further testing, doctors confirmed he had ALL.

Immediately starting on steroid treatment, Michael soon learned his cancer was in the high risk category and he would need intense chemotherapy.

After nine months of treatment, Michael’s doctors made the difficult decision that a bone marrow transplant was inevitable.

“The treatment wasn’t working as well as doctors had hoped; the Leukaemia cells were still detectable in my bone marrow.”

Having no full siblings, Michael’s bone marrow was matched near perfectly with an unknown donor and he was transferred to the Royal Adelaide Hospital (RAH) for the transplant.

“Most children have to travel interstate to have a transplant, it was a massive relief for my family and myself that the RAH was happy to have me,” he said.

“The transplant experience was the hardest thing I have done in my life.”

True to his determined nature, Michael made it through the transplant and was home for a few months before complications began to arise and he found himself back in hospital.

“That was my longest and hardest stay in hospital. I was there for 11 weeks.

“It was made a lot easier by having access to a special Youth Cancer Service room at RAH which had a kitchen and a sofa bed for my parents to stay over.”

“My doctor was too excited to wait until our next appointment, he told me my results had come back negative and I was officially in remission.

“It didn’t sink in for a while, but when it did it felt like all the pieces of the recovery puzzle fell into place.”

“I am so grateful for advances in medical research. Without this donor’s bone marrow I don’t know where I would be. It saved my life.”