Striving for Impact in Cancer Research

Striving for Impact in Cancer Research 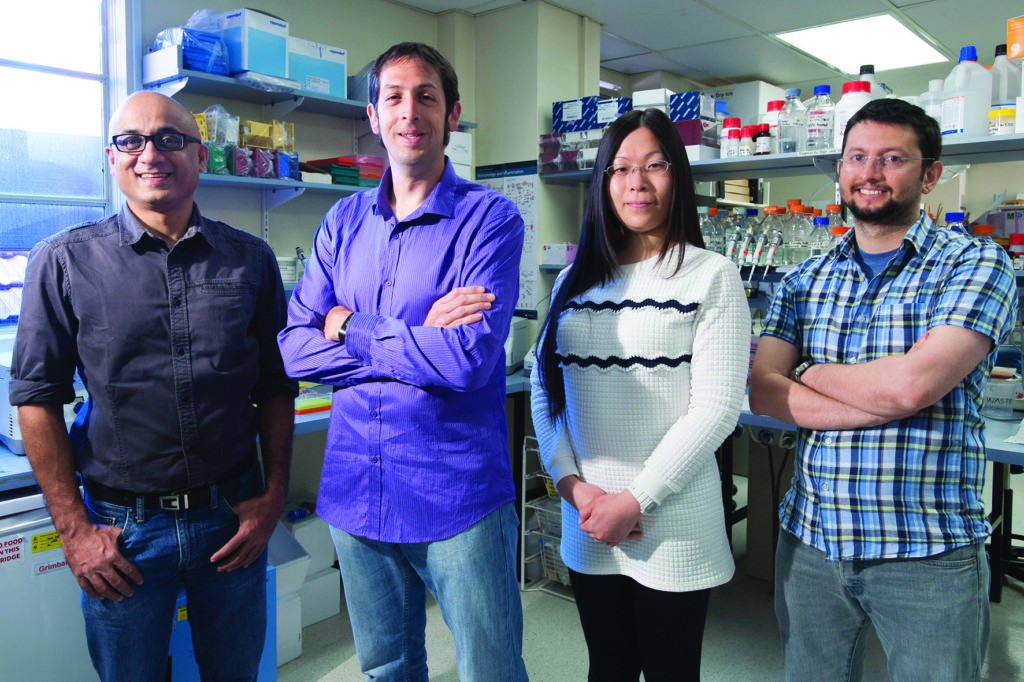 Associate Professor Simon Conn wants to have an impact on the lives of others. His first step? Save the life of one person through his groundbreaking cancer research currently underway thanks to your generous support of the RAH Research Fund.

Based at the Centre for Cancer Biology (CCB) A/Prof Conn is dedicated to researching inflammation and its role in a range of diseases, particularly Glioblastoma, the most common and lethal of all brain cancers, and Leukaemia.

In 2013, a Florey Fellowship from the RAH Research Fund allowed A/Prof Conn to return from France to his home of Adelaide where at the CCB he was able to identify molecules (known as circular RNAs) in the body, which could potentially unlock new ways to stop the spread and growth of cancer. After a short stint back in France he has now returned to the CCB heading up his own lab and continuing his research with the ultimate goal of impact for patients.

“The research we are working on is really starting to reveal new pathways for blocking growth of cancer through metastasis, the spread of cancer into secondary tumours, and inflammation, the body’s normal defence to infection which can be hijacked by cancer cells and actually promote tumour growth,” A/Prof Conn explained.

“What we found was that when cancer cells change to become invasive in the body, with the ability to spread, or when inflammatory cells become activated, there are a lot of circular RNA molecules being produced.

“We now have evidence that these circular RNA molecules are actually driving these processes, which make cancers bigger and able to spread to other parts of the body where they can make secondary tumours.”

Research in the past had already revealed circular RNA molecules existed in cells but what they did and how they were made was unknown.

In fact, it was only in 2013 that research was first published on these molecules.

“When we work out the next steps in the pathway we can potentially recognise those new candidate drug targets, which is really exciting and could potentially be developed in a matter of two to three years.”

Extremely humbled by the support of the local community, A/Prof Conn says that the fellowships provided by the RAH Research Fund are key to advancing medical research here in Australia and saving lives.

“The fellowship I secured in 2013 allowed me to have stability to come home and do the work I really wanted to do – research that can make a difference to the lives of others,” he said.

“In my career, if I can help one person, that’s one person’s family member I’m saving and my effort has been worthwhile. I know my work has the potential to benefit so many people, but I’m really working towards that first person – that’s my goal.

“I would happily be out of a job in 20 years if we could find the cure for cancer. But for now, what keeps me going is knowing there are amazing people out there who sacrifice time to read about our work and donate money to support my work – thank you!”