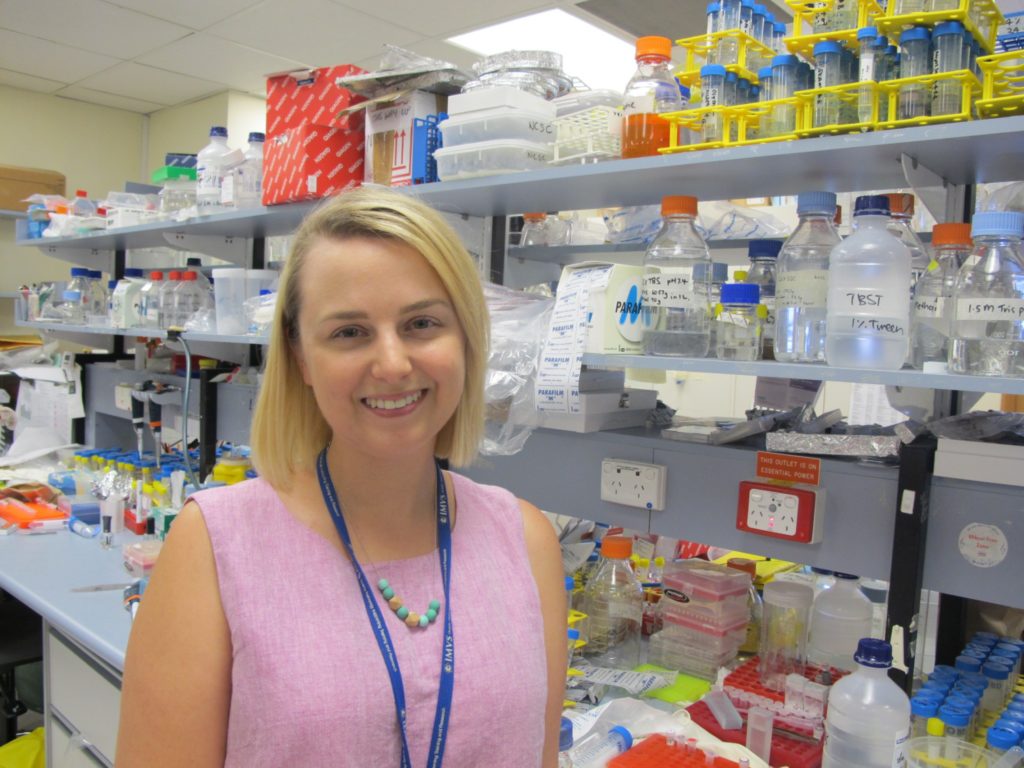 Kick starting her three year post-doctoral Mary Overton Early Career Fellowship from the RAH Research Fund, Dr Sophie Wiszniak wants to provide a better understanding of a disease affecting one per cent of Australians at birth.

Dr Wiszniak is investigating the origins of Congenital Heart Disease (CHD), a problem in the structure of the heart present at birth, arising from a problem with embryo development. This is usually caused by a genetic defect of a mutation in a gene.

“In my research I am looking at the normal processes of heart development to understand what goes wrong to give rise to a heart defect,” Dr Wiszniak said.

“In addition to affecting one percent of all births, CHD is also responsible for 20 per cent of miscarriages; it is quite a prevalent disorder. That’s why it’s so important for us to work out what is going wrong and why.”

To gain an understanding of the heart’s development Dr Wiszniak’s research is centred on analysing neural crest cells, a group of cells that play a large role in a baby’s development in the womb.

“The focus of my lab is on these neural crest cells which are present in the embryo and differentiate into lots of different cell types within the body to give rise to different organs,” Sophie said.

“The neural crest cells come from the neural tube which is the precursor to the spinal cord and the brain. During development these cells migrate through the body turning into different cells, including those in the heart.

“I’m looking to see if there are issues with how the normal neural crest cells migrate, develop and interact with other cells in the heart leading to a defect.”

In the early stages of her research, Dr Wiszniak has begun analysing and identifying certain genes within the neural crest cells that may be playing a role in disrupting the function of the cells, resulting in a heart defect.

With a lot of work still to come, Dr Wiszniak is hopeful her research will help better inform patients on why they have CHD and what their chances are of passing the disease onto their children.

“If we can identify new genes that are important and find people that do have mutations in certain genes, doctors may be able to inform these people on the likelihood of passing these defects onto their children.

“We are never going to be able to cure CHD without an understanding of how the defect arises in the first place.”

Finding her niche research area, Dr Wiszniak is eager to see where the next three years and beyond take her.

“It is fascinating that these cells can be involved in so many aspects of how a baby develops. There is so much more to know in this area of research – I am looking forward to the next three years!”